The seventy-year-old who jumped over our garden wall and did not disappear at all.

"M MMUUUAARRRRGGZZZZUNNNNNNZZIIIIIIIII !!!" Only muffled the sound penetrates to me. Whoa, what is that? I unwillingly stuff the blanket tighter around my head. It's past 22:30, I'm lying in my bed at the end of a long day and I'm just falling asleep. And so I'm not at all willing to tear myself away from this really nippy half-sleep ... "OOOHHHCCCCHHHHHHUUUUUAAAHHIIIIIII !!!"

REAL NOW ?! I plucked the covers off and listened angrily. Are these again students from above? I often had a lot of fun with them and their furniture that toppled over in the middle of the night. But actually it is still too early for that. Most of the students get up to date at half two. "ÖÖÖÖÖZZZZZZUUUUUAAHHHH !!! There it is again! But that does not come from above ... that's much closer ... "THE CHILD ...!" It's like an electric shock ...

Within a millisecond I'm on my feet. "Darling ...", I shout into the darkness. "Is everything alright with you ???" Maybe he's terribly sick. "Yes Mommy," it comes back for a fast-teenagers astonishingly meekly. "Everything's okay here." A stone falls from my heart. "Did you also hear the weird noise?" I want to know from him. "Yeah, sure. That's been going on for a while. I thought you were the one, "informs my lovely sprout. Thanks a lot! For my son it is obviously totally in the range of the possible that I give noises like a stabbed boar of me. "AHHHHUUUUZZZZZZZZOOOORRRHHGGG !!!" Speaking of. There it is again. And it's damn close. And pretty scary.

A moaning, moaning, squealing, grunting ... that has nothing human

"Do you want to come over to me?" I ask the child. A short time later we sit together on my bed and listen. "Where does that come from?" The child asks himself in a whisper. And I wonder too. The sound is simply not identifiable. A groan, moan, squeak, grunt ... that has nothing human. My goose bumps are about two inches high.

Then I tighten myself. It does not do any good to sit here on the bed and scare. I'll get to the bottom of it! Ha! Maybe that's the night shift from the hotel next door. Parts of the house wall and the garden of our old building border directly on the hotel's economic areas and the escape route for the staff. Only separated by a wall. On the hotel side, the wall is waist high, on our side it is four meters down to the garden level. The staff sometimes smoke in the pack outside one in front of the kitchen door. And maybe they are having a really fun time. That's the way it has to be! Hero Mummy picks herself up, strides energetically towards the window like a Roman goddess of revenge and tears it open. "OOOHHHCCCCHHHHUUUUUAAAHHIIIIIII !!!"

The sound is so loud that I jump back two meters in horror. That does not come from the hotel. The source seems to be lurking in the pitch-dark garden right under our window. Or is ES already sitting on the wall ?! Is it on the way up to us?!?! I panic the window and tear the child out from under a mountain bed. "We'll go get Daddy!"

The man is a little bit surprised when we meet in the living room as a couple. He hears the story of tapped wild animals and erroneous wall climbers surrender, puts away the controller of the Playstation and follows us measured into the bedroom. I open the window - and as if to prove it, the scary sound sounds immediately. The man quickly derailed his facial features, then he steps to the window and leans out. I shut my eyes as a precaution, in case the wild boar wall climber strikes now ...

"There's someone down there."There's someone down there. Right under the window, "he says softly. "Probably a druggist who's doing a very bad movie right now." Hm. The theory has something to it. Our garden is indeed built from three sides and surrounded on the fourth side of neighboring land and fences. And I also do not know what you would have to throw in as a drug user to make those sounds ... But right now I can not think of a better way.

"Maybe that's what it's all about when we talk to him, "says the man. He leans back out the window. "Hello!" The man speaks very loud and very strict. "Shall I call the police or an ambulance?" From the garden below we hear croaking and dismissive noises. Wait a minute, was that just Swabian? A swindle drug addict in our garden? Then moans and moans again to the godly mercy.

"I'm going down there now!" The man moves towards the apartment door. "WHAT? !!" "You can not just go down there ... it's pitch dark! If he attacks you! "I am shocked. "I call the police!" The child has my cell phone already in his hand and gets ready to vote. It's going to be a bit too much for me right now. First I wrestle the phone from my sticky fingers, now the man is already in the stairwell. "Take care of yourself !!", I call after him. "I'm on the phone - if anything, I call the police right away." Or an ambulance, I add in my mind. With one hand I clasp the landline phone, with the other my cell phone. I'm ready for anything!

Then the rumble of the old door to the garden rings out. We hold our breath.

The child and I hurry back to the window. You can hardly see anything outside. It is now quiet in the garden. We hear through the open front door as the man unlocks the cellar door and descends the stairs. Then the rumbling of the old door to the garden sounds. We listen breathlessly. There appears the big, strong, courageous silhouette of the man. You can just guess so in the black hole of the garden. We hold our breath.

Then the man speaks. He talks to someone. What? I tip my ears. I hear sentence fragments like four meters, hotel, garden, basement stairs, ambulance, sickel. Sickles ?! Then it rustles and suddenly there are a few crazy horror sounds again. Only a little quieter this time. I hear the man talking reassuringly. Two shadows move very close to each other very slowly through the garden. "Is everything okay?" I shout to the man. Should I call an ambulance? "No no! We're coming up the cellar now. "The man seems quite relaxed.

It'll take forever. The child and I are now in the hallway in front of our apartment door and point through the metal railing down. Step by step, interrupted by long pauses, the man and the unknown work their way up the basement stairs. There are plenty of Geöffze and moaning. There - now you can recognize them! I support. In the man's arms hangs a gray-haired, older gentleman who seems to be struggling to keep his feet. Strongly schwäbelnd he explains again and again that he is a well-defined Sickel. What does an unknown seventy-year-old Swabian pensioner do in our Hamburg garden at night and why does he make such noises?

"Can I help, should I call an ambulance?" I offer to the man. He refuses. "I'll just bring the gentleman back to the hotel." The situation remains mysterious.

10 minutes later, the man is back. And then he tells us the whole incredible story.

10 minutes later, the man is back.He spent a cozy evening in the hotel restaurant with his wife and a friendly couple. In search of the toilet, he probably caught a wrong door. Suddenly he found himself in the deserted kitchen, stepped through another door into the open on the personal escape route and locked himself out. The door could not be opened from the outside. Sitting in the trap, he summarily decided to jump over the seemingly small garden wall, run around the outside of the hotel and come back through the front entrance to the restaurant. In the cane he could not have guessed that behind the waist-high wall is not on a sidewalk, but in free fall loose four meters down in our garden. So he jumped over the wall, fell endless meters down and landed directly under our bedroom window. There he lay shocked, bruised, moaning loudly and groaning in the ivy under our window.

I stare at the man. "The guy just jumped over the wall in the dark?" The man nods. "In retrospect, he found that himself a little stupid. In any case, he has said about 30 times that he is a "sickle." "The man has to smile. "He also did not want an ambulance. I offered it to him about 15 times. But you can not drag a person with a clear mind into the hospital against his will. "Hm, I'm not so sure about that.

" The good guys keep it up, he kept saying. He was so terribly embarrassed and he just wanted to go back to the restaurant with his wife. "The man wanted to take him all the way to the restaurant. But the so embarrassed touched Swabia had left him very emphatically at the hotel entrance. The man then watched through the glazed window front, that the gentleman really arrived at the table in the restaurant. His wife had jumped in horror when she saw her wet and totally dirty, limping man. He was sure he would take care of him if necessary. I have to grin. "What he probably tells his wife for a story?"

"I'll put the child back to bed," says the best man of all. "And then we look to reassure another episode The Walking Dead. Oh and here. "The man reaches out to me my 25 centimeters long kitchen knife. "I had plugged in - just in case."

I hope in silence that the students today omit the half-two event for once ... A little undisturbed night's sleep can not hurt for a change. 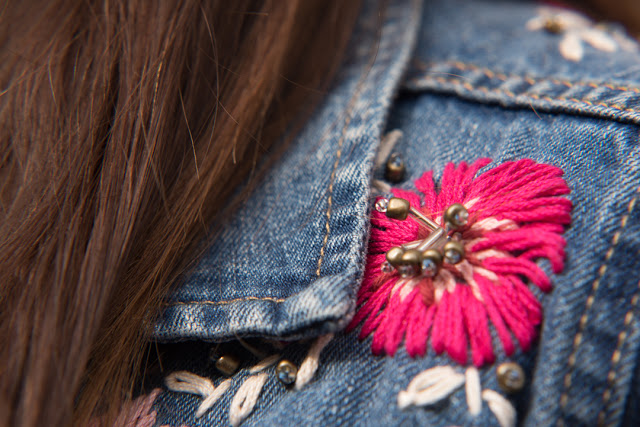