W During the IFA in Berlin, I cooked on the Russell Hobbs booth. For a week it was said 5 times a day "Halloooo IFA, good morning Berliiin - welcome to our Showkücheee!" I almost felt a bit like Dieter, Thomas, the Heck in his hit parade.

Perhaps it was also the memory of Mr. Heck that I had to pull myself together the whole time, not to loudly sing "Fiesta Mexicana" into the microphone. That's very bad for me. The man calls me therefore always My First Sony. You remember this colorful cassette recorder for children, in which one could sing something and afterwards play again? That's exactly how I am: you give me three tones or a keyword. And 3 minutes later, I am blaring a full-bodied song. Of course, without realizing it yourself. Also, my office colleague Julia regularly and gladly complied when I suddenly started to interpret my entertainment musically behind my computer.

And so I see in the middle of the IFA with a microphone in front of my mouth and work with a product with the acclaimed name Fiesta ​​em>. Hossa! Since Rex Gildo was really just a small synapse bending away with his song. "Fiestaaa, Fiesta Mexicanaaaaaaaa ...", yes, exactly. Old hit parade times (for all people 40+). As the song in my head revolves tirelessly, my little versatile friend and I have produced a few thousand tasting portals for the trade fair visitors, and have kept the plates tidy. And I did not say - I proudly say it - during the show (later in the hotel room, shower and so on).

I've got it all in a recipe for my buddy Fiesta processed. Whoever sizzles so bravely and tirelessly with me through hard days at the fair, also very like to get the title "particularly valuable in the Frolleinküche".

And so it all looked like in my use in the local kitchen when I hosted my personal little Fiesta Mexicana (there are some greasy fingerprints on dat equipment, no.). 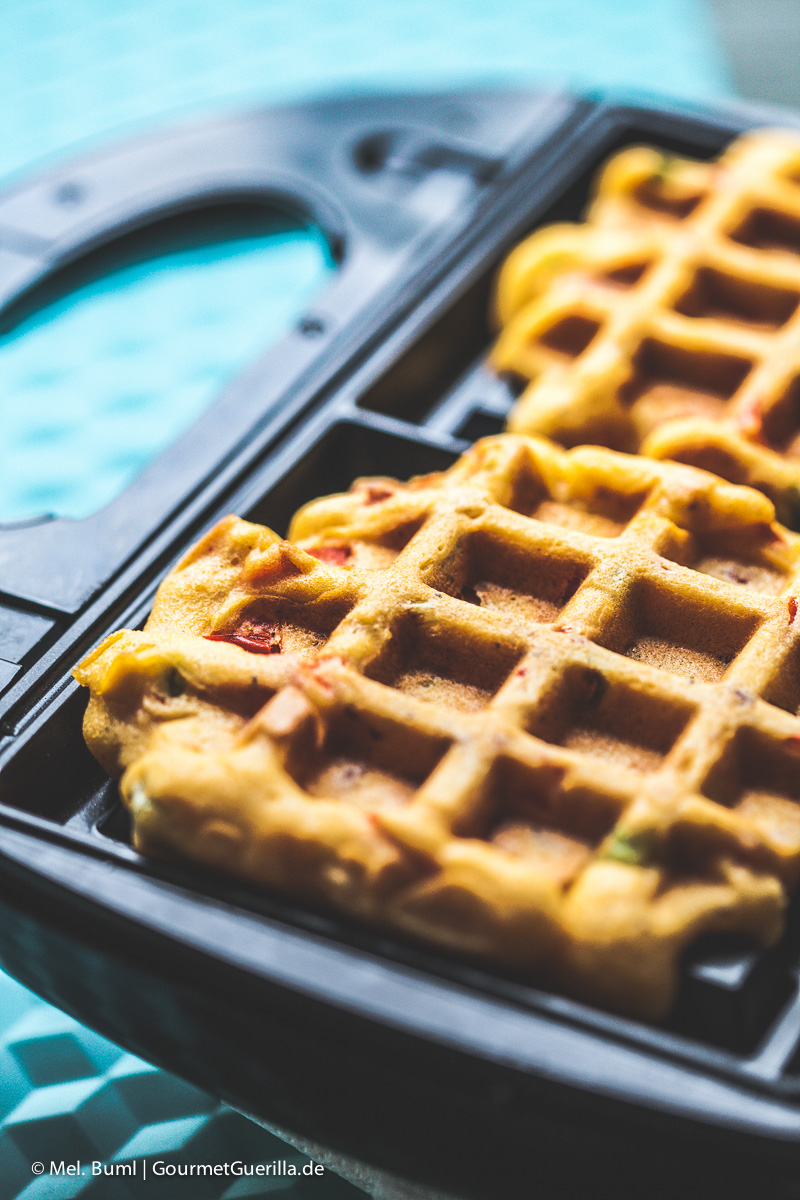 And this is how it works:

Heat a pan on medium heat and fry the bacon cubes in crispy brown for about 10 minutes without adding any fat.

In In the meantime, combine in a bowl of wheat and cornmeal with baking powder, salt and ground coriander.

In a second bowl, whisk the eggs with cream and milk and then carefully stir in the flour.

Cut the peppers into small cubes, the white of the spring onion into rings and the chilli pepper into very fine cubes.Close the waffle iron (leave the clip open to allow the waffle to rise). Approximately Bake for 5 minutes or until the waffles are lightly browned.

In the meantime, cut the avocado in half lengthwise, divide the halves apart and lift the flesh out of the shell with a spoon. Cut avocado into small cubes and cut the green of spring onions into rings. Quarter the tomatoes. Chop cilantro. Mix everything together with the corn, the lime juice and the olive oil in a bowl and season with salt and pepper.

Arrange the waffles on plates, top with the salsa and sprinkle with the remaining bacon.

Tip: Waffles left over can bake very well in the pan or toaster the next day. 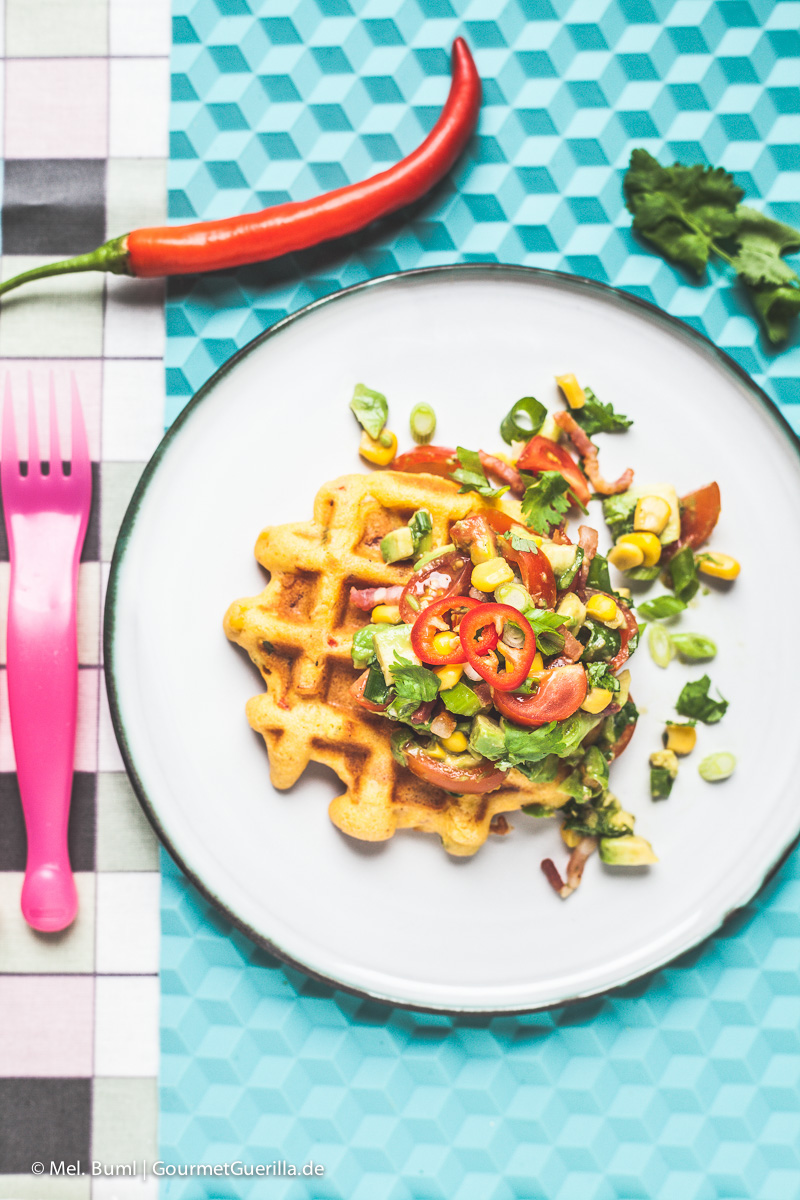